NHPC Limited invites application from eligible candidates who are domicile of Himachal Pradesh for one year apprenticeship training for the session 2019-20 under Apprentices Act, 1961. NHPC is a premier organization in country for development of hydro power. 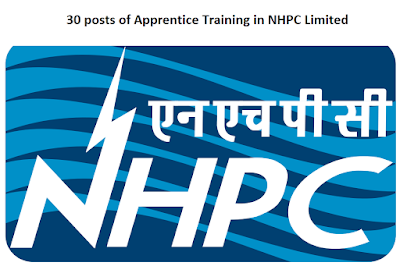 NHPC was incorporated on 07th November 1975 as Central Government Enterprise for development of Hydro Power in Central Sector. Since then the Corporation had become the largest central utility for hydro power development in India. NHPC is one a Mini Ratna Category –I Public Sector Undertaking which is inviting application for 30 seats for apprenticeship training.

30 seats for NHPC Apprenticeship Training are as below:

Stipend: Stipend will be as per Apprenticeship Act, 1961. The Apprentice will not be eligible for any other allowances or benefits.

Preference will be given as under: